In celebration of the Lunar New Year in 2021, Gordon Cheung in collaboration with A. Wong’s Michelin starred restaurant in London, created The Year Of The Ox AR app and vinyl wrap of the restaurant. MetaObjects worked with Cheung to create the AR app available in GooglePlay and iOS App Store. Users can scan a QR code displayed outside the restaurant, currently closed due to the pandemic, to experience a site-specific AR animation during the New Year festivities. The animation includes a glitched animation of the mural using a pixel sorting algorithm with growing flowers and three lion dancers bouncing around the scene throwing bitcoins into the air as a wish of happiness and prosperity. The project was produced by Inez Suen with vinyl by Puck Studio.

In addition to the AR app, MetaObjects produced the Lucky Charm Instagram filter available on the artist’s Instagram @gordoncheung featuring the lion dance. 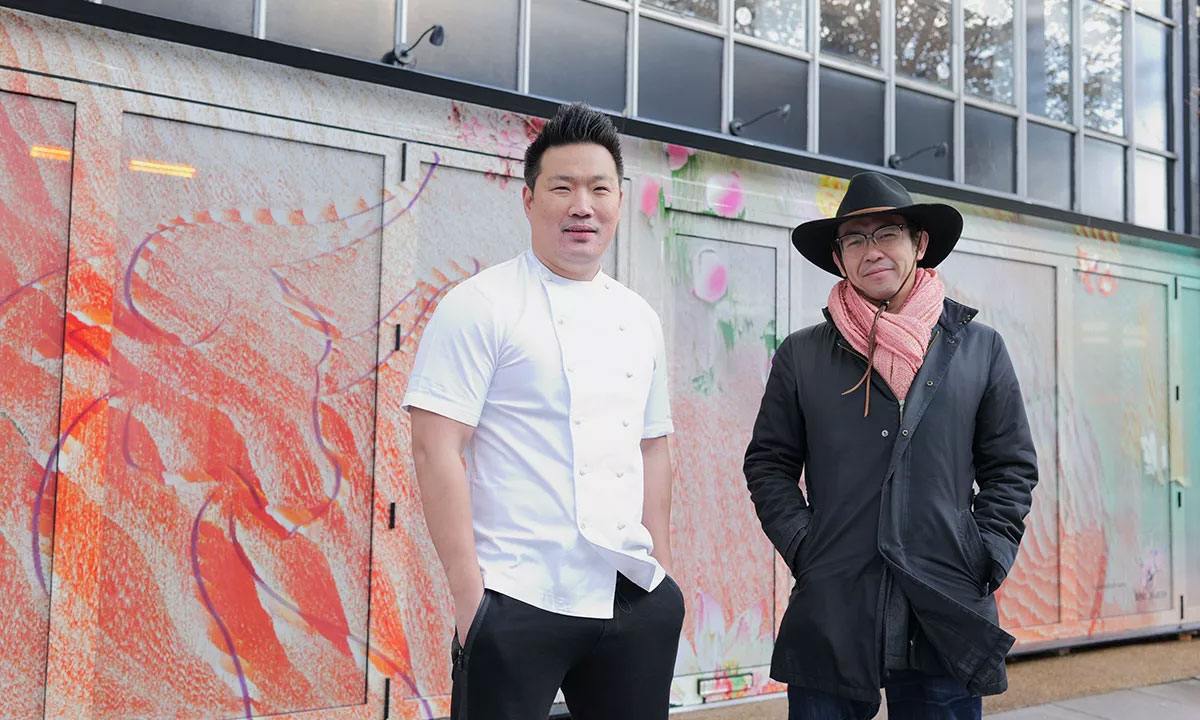 Gordon Cheung and Andrew Wong outside A.Wong's restaurant in London 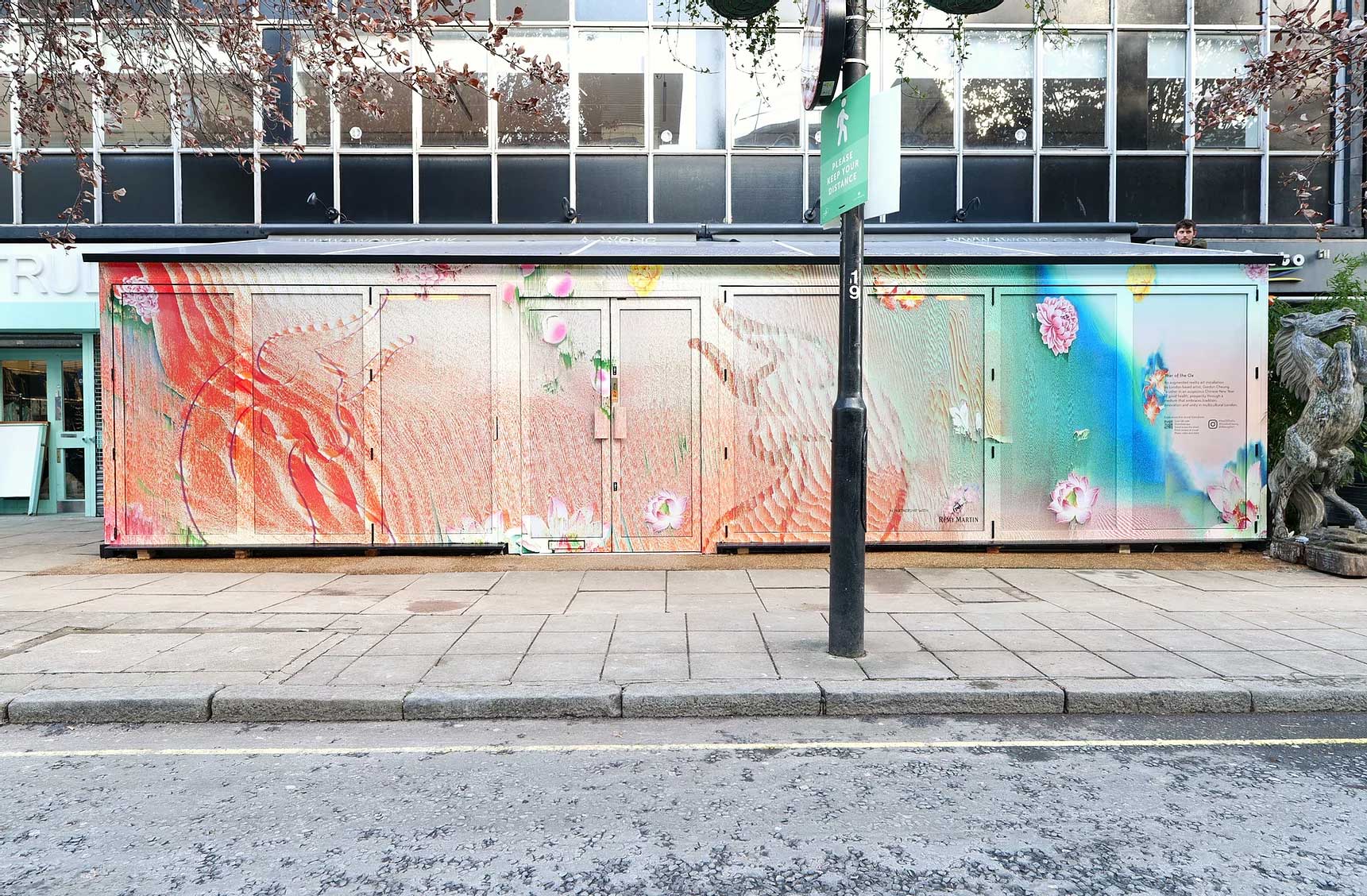 Born in 1975 in London to Chinese parents, contemporary artist Gordon Cheung has developed an innovative approach to painting, which blurs the line between virtual and actual reality to reflect on the modern concern for the loss of utopia as seen in the current state of affairs in our capitalist society. Cheung graduated with a Bachelor of Fine Arts in Painting in 1998 from Central Saint Martins College of Art and Design in London and earned his Masters of Fine Arts in 2001 from the Royal College of Art in London. His work has been featured in several solo shows including at Volta in New York, Room Gallery in London, Jack Shainman Gallery in New York, Galerie Adler in Frankfurt; and Unosunove Gallery in Rome, among others. His works are held in the collections of the Hirshhorn Museum in Washington, D.C., the Whitworth Art Museum in Manchester, the Royal College of Art in London, and the Museum of Modern Art in New York, among others. He lives and works in London, UK. 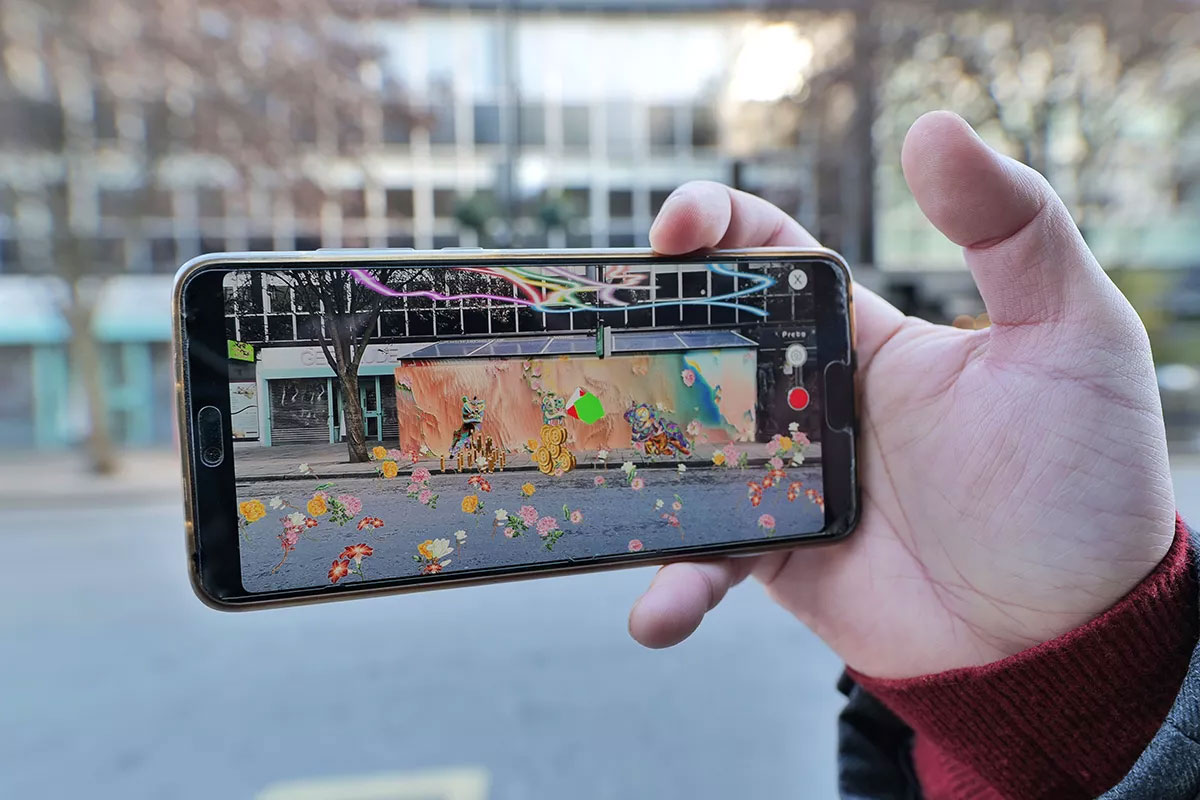 Gordon Cheung, The Year of the Ox AR app