For the group exhibition WALKING THROUGH WALLS at Gropius Bau in Berlin, Samson Young created a new artwork using a heat-sensing robot. The work Cannon #2 consists of an LRAD (Long Range Acoustic Device), a non-lethal sonic weapon. Situated on one of the balconies overlooking the Gropius Bau’s atrium, it mechanically sweeps across the central space. Once the device locates a person, it targets them with a concentrated sound beam of recorded birdcalls. Close by, a colonial-era Hong Kong police uniform is displayed; a silent reminder to the geopolitical divide that this performative sound installation by Young, references. At one point during the exhibition Young will operate the LRAD himself, pointing it at visitors in the Gropius Bau. The work expands Young’s ongoing exploration of the affective quality of music and sound as an invisible power that is capable of transcending the most impenetrable of physical barriers. The LRAD utilises sound as a weapon that has a direct impact on human behaviour. Sound can be used as a tool of state control to separate people, both physically and psychologically.

MetaObjects facilitated the programming of the sensor and robot, consulted on the technology and installation of the work. The work was on display in Berlin from 12th Sep until 19th Jan 2020. 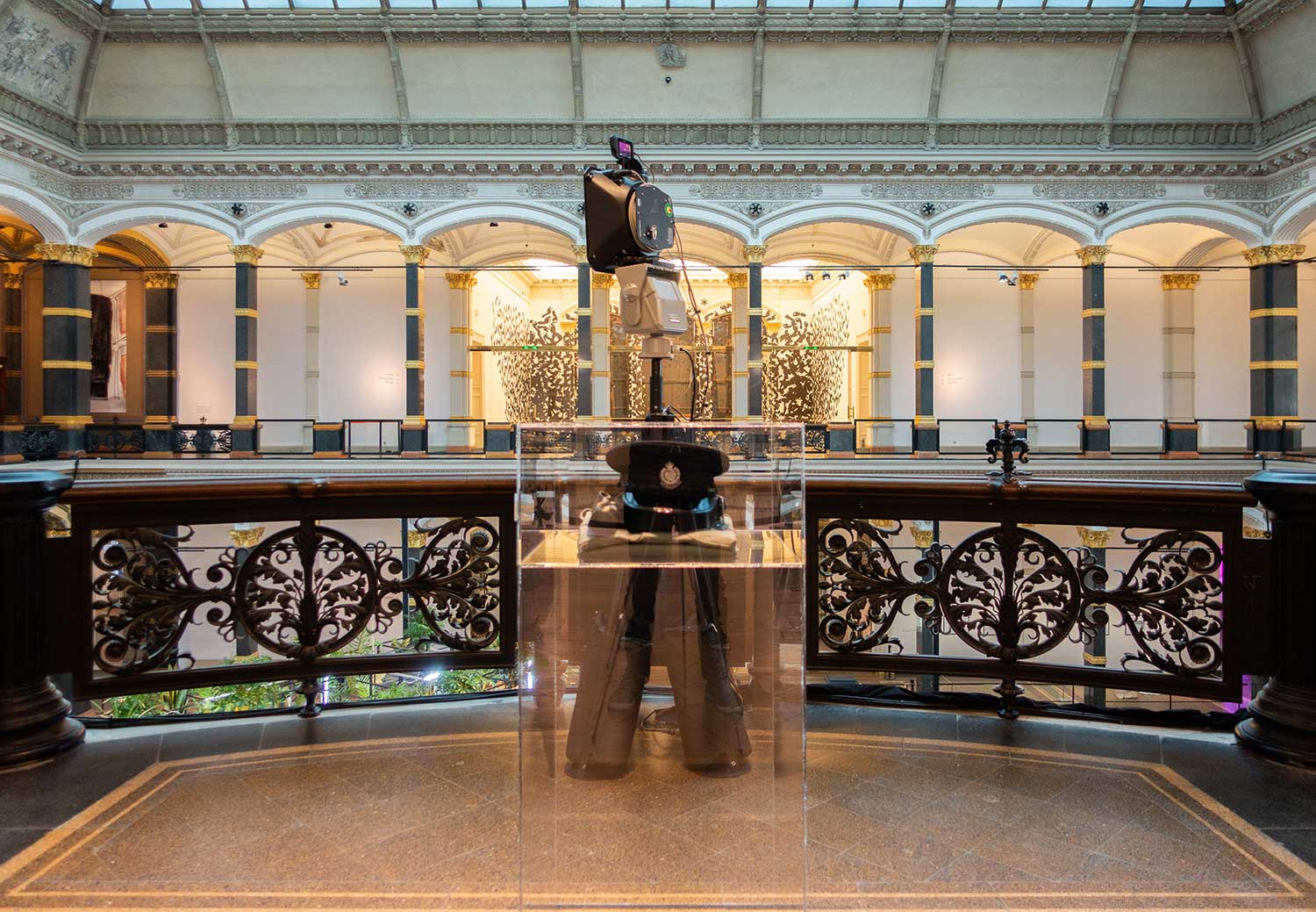 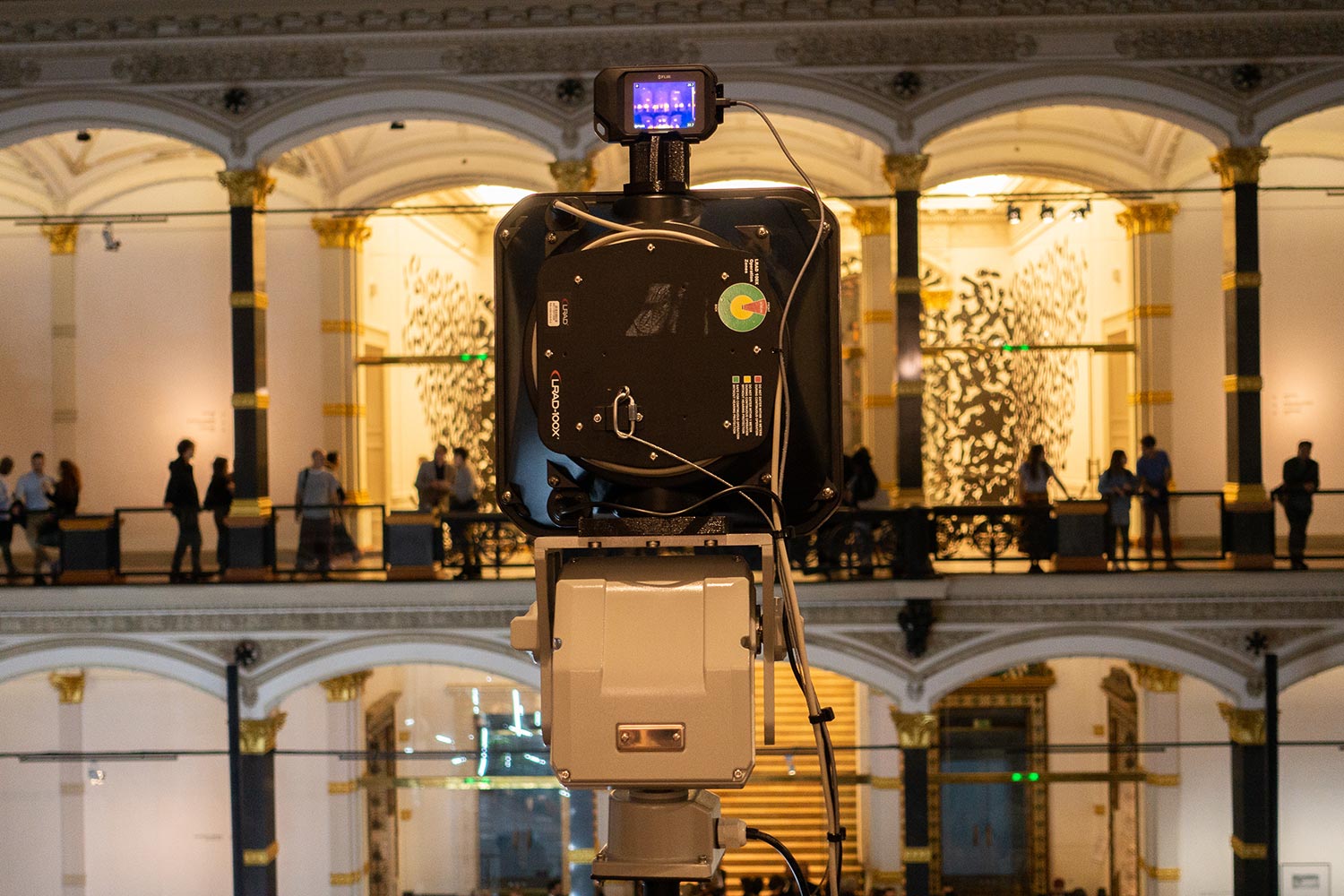 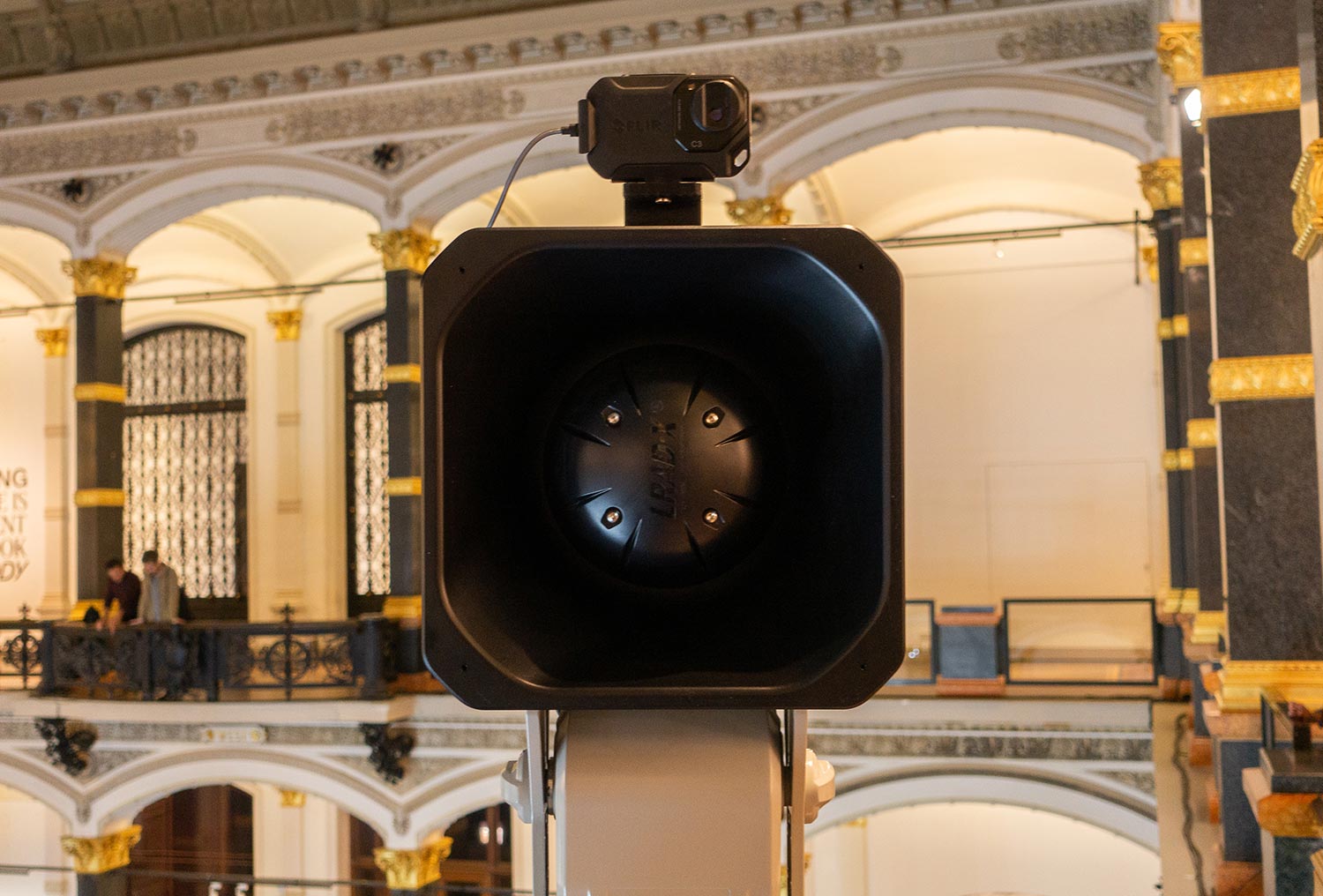 Samson Young is an artist and composer based in Hong Kong. Young's diverse practice draws from the avant-garde compositional traditions of aleatoric music, musique concrète, and graphic notation. Behind each project is an extensive process of research, involving a mapping of the process through a series of ‘sound sketches’ and audio recordings. His drawing, radio broadcast, performance and composition touch upon the recurring topics of conflict, war, and political frontiers.