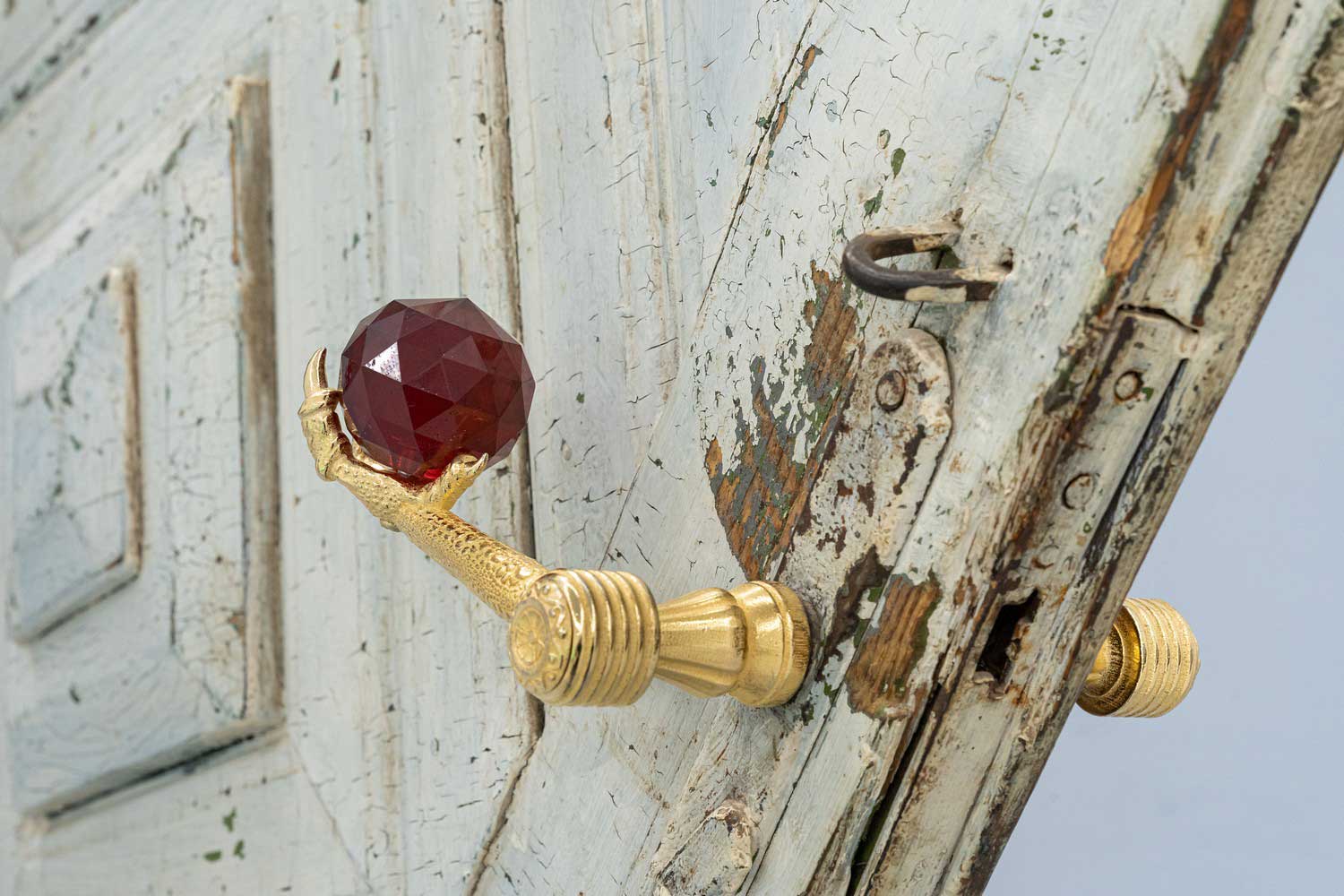 For Berlin based artist Rachel Monosov, MetaObjects helped to model and print a metal plated claw doorknob with a custom molded ruby resin jewel. Two door knobs were created for the Doorknob in Hermitage artwork presented as part of the It’s All Written In The Stars exhibition at Galeria Catinca Tabacaru, Bucharest from 5 Dec 2020-13 Feb 2021.

The work involved 3D modelling a highly detailed claw and printed using a gold plated steel binder jetting process. The mold for the jewel was created using a silicone mold of a glass crystal. Epoxy resin coloured in a deep ruby red was used to create a transparent jewel attached to the metal claw. The object resembles designs from 17th century Russia. 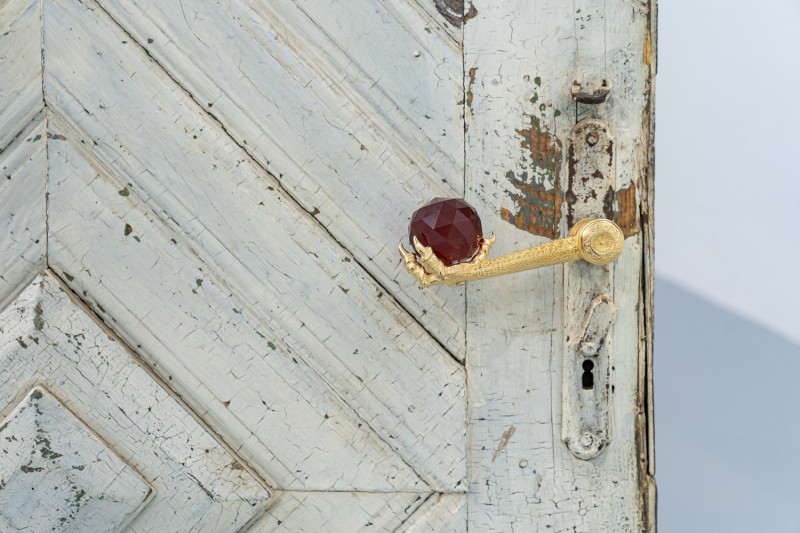 “When I saw this object I did not see the beauty I saw power, I imagined it as a big bird flying around earth and trying to stick its nails to earth and shake it, I was looking at the sky to search for her nights after that day in the Hermitage” - Rachel Monosov 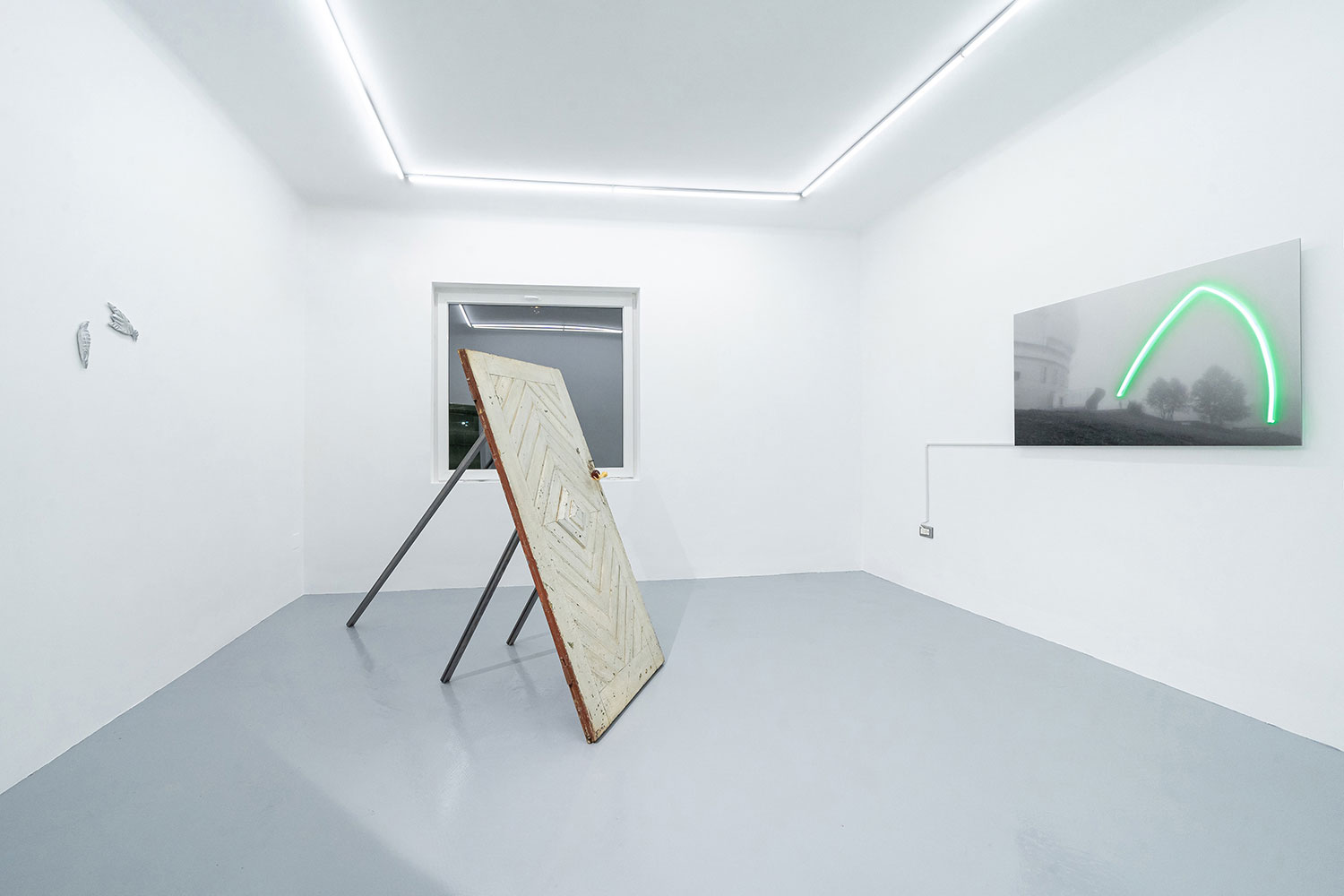 It’s All Written In The Stars
Installation at Galeria Catinca Tabacaru, Bucharest 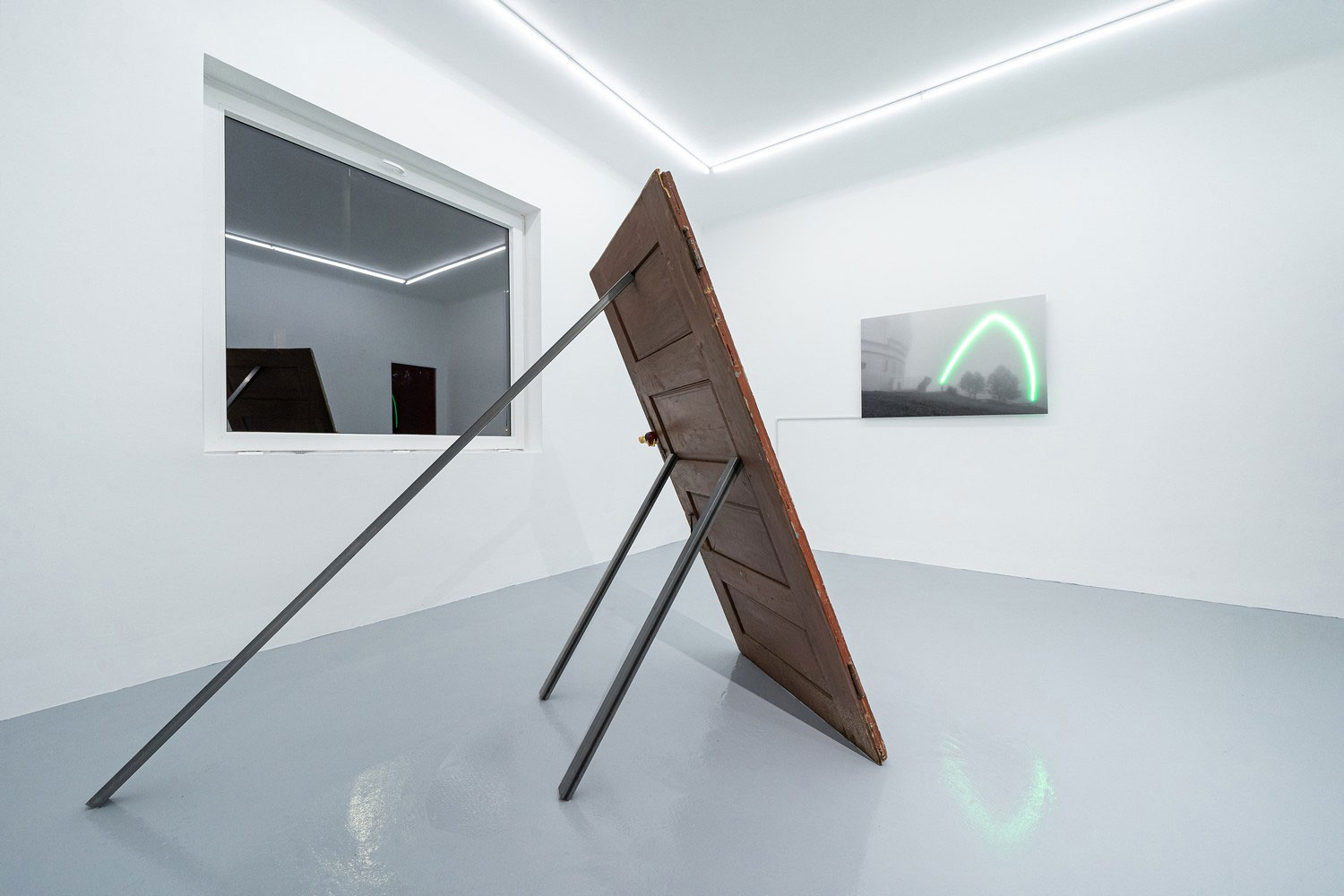 It’s All Written In The Stars
Installation at Galeria Catinca Tabacaru, Bucharest

The handle is a replica of a set of door knobs used as functional, decorative objects inside the Hermitage Museum in St. Petersburg, Russia. The original symbology references the feet of the eagle on the 17th century Tsar’s flag. Displacing these objects from their original context bestows upon them different meanings, including a kitschiness representing a long gone mother Russia, which speaks to the artist’s immigration story in 1990 after the fall of the USSR.

Here, the door knobs, attached to a 100+ year old Romanian door from Bucovina, on the border of Ukraine (previously part of the USSR), speak to the connections between the communist histories of Russia and Romania, rising questions about the influence of communism.

In addition, Monosov’s use of 3D-printing to re-create the object renders it “cheap” and reduces the value of hierarchy, and potentially royalty. 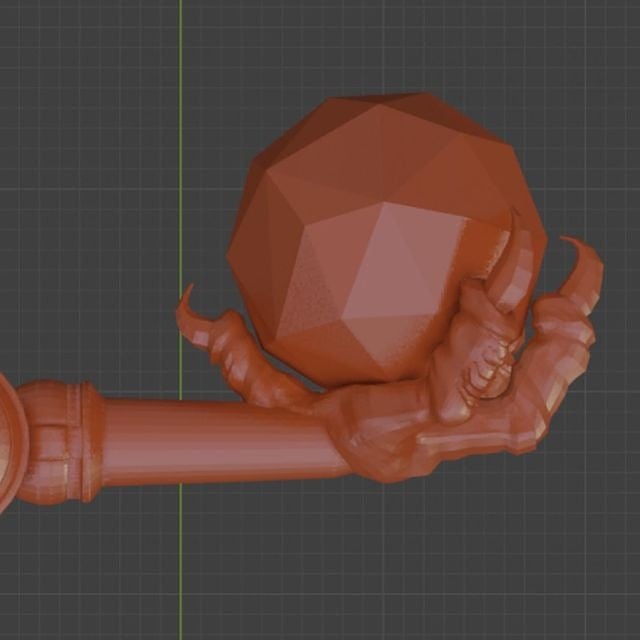 Multidisciplinary artist Rachel Monosov delves into cultural notions of alienation, territorial belonging, and identity, as she reflects a rootless present rife with broader social implications. Her work has been included in exhibitions at BOZAR and Museum Dhondt-Dhaenens in Belgium, Kunsthaus Hamburg and Bundeskunsthalle Bonn in Germany, Serlachius Museums in Finland, Palazzo delle Esposizioni and Villa Massimo in Rome; and in three international Biennales: 11th Bamako Biennale, 13th Biennale of Dakar, and the Zimbabwe Pavilion at the 57th Venice Biennale. Her work has been acquired into the permanent collections of The Art Institute of Chicago, Block Museum at Northwestern University, and the National Gallery of Zimbabwe.

Monosov is a co-founder of the CTG Collective, she was born in St. Petersburg, grew up in Jerusalem, completed her MFAs in Ghent, and currently lives and works in Berlin.