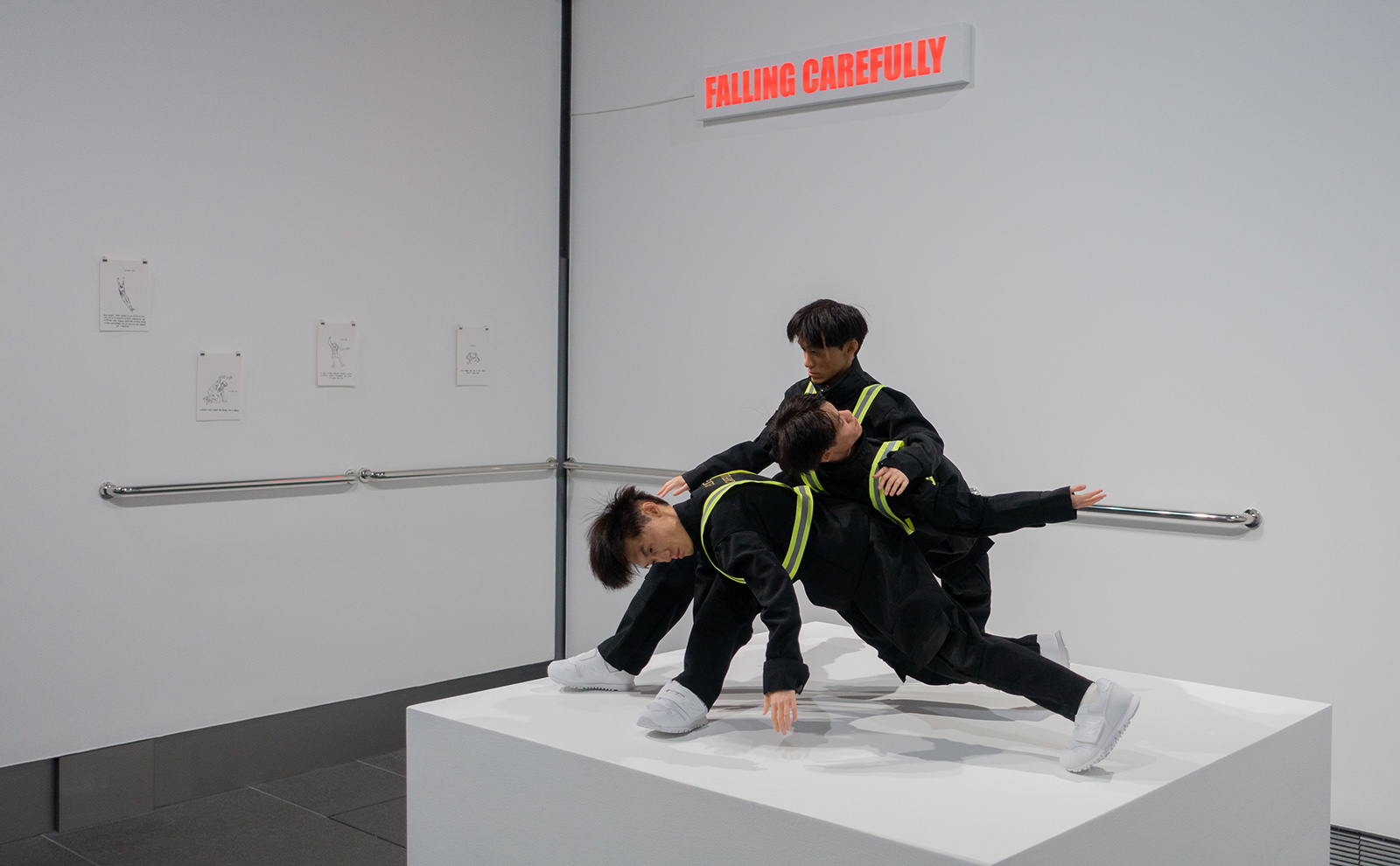 For the group exhibition Next Act: Contemporary Art From Hong Kong at Asia Society Hong Kong, MetaObjects worked with Berlin-based artist Isaac Chong Wai to produce three 3D printed mannequins of himself. The pieces were assembled into a single sculpture in which they were entangled. Dressed in a uniform with the words “Falling Carefully” on the back, the characters have realistic silicone heads and hands of the artist. The work reflects on vulnerability, collectivity and support for others in the process of falling. The project involved modelling the pieces in specific poses suggested by the artist, creating ways for the limbs, heads and hands to be attached and assembled and consulting on the installation of the work. 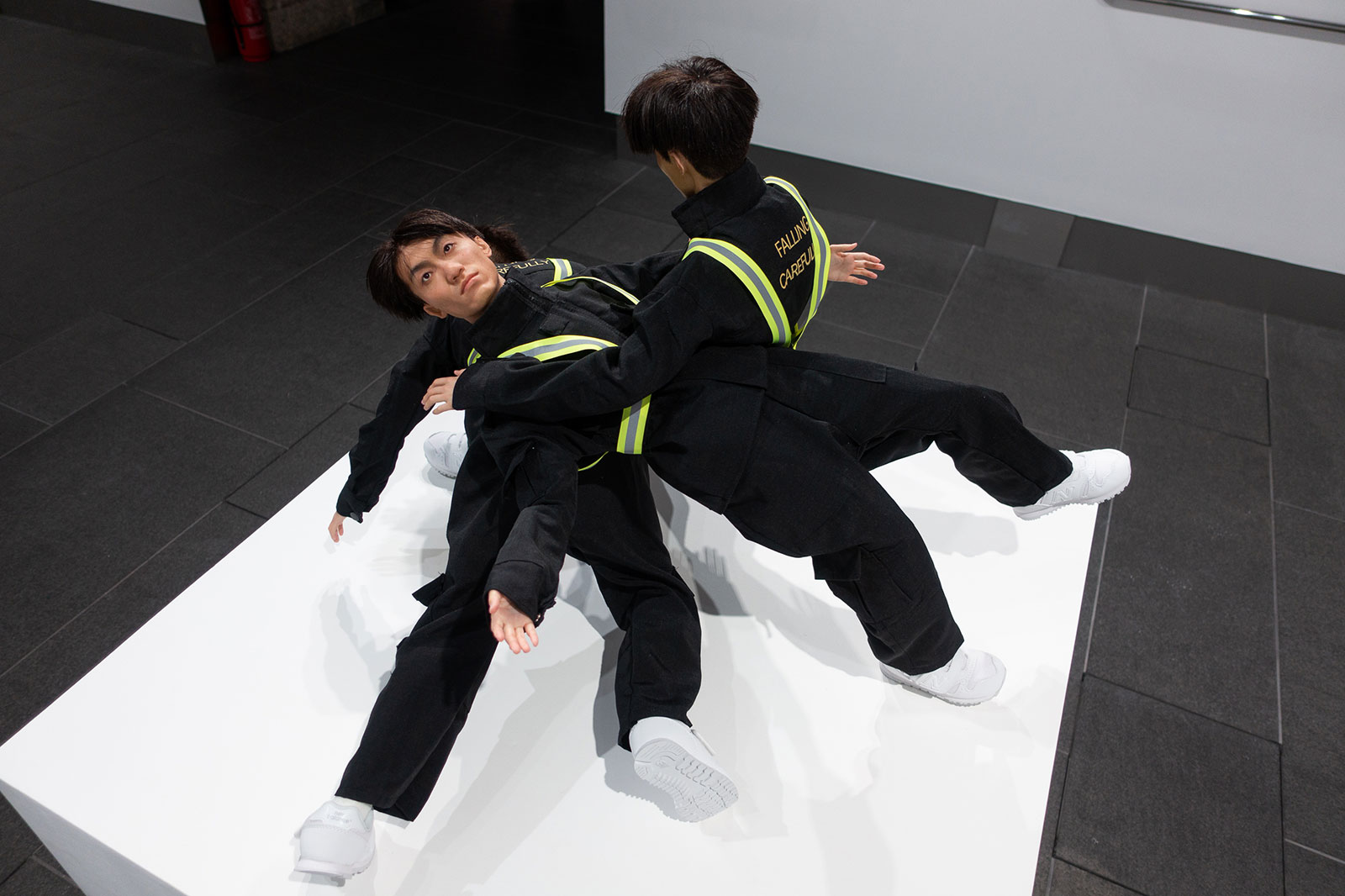 Isaac Chong Wai graduated from the Academy of Visual Arts at Hong Kong Baptist University with a BA in Visual Arts in 2012, and the Bauhaus-Universität in Weimar, Germany, with a MFA in Public Art and New Artistic Strategies in 2016. Chong works with diverse media, including performance, site-specific installation, public art, video, photography and multimedia. He transforms the tensions, intervention and interactions of human bodies into a microcosm of human relationality in social systems.

Solo exhibitions include Chapter A : The Rehearsal of the Futures, Apartment der Kunst, Munich, Germany, 2018; Chapter B: An Artistic Archive of Borders, Kunstraum München, Munich, Germany, 2018; and What is the future in the past? And what is the past in the future?, Bauhaus Museum, Weimar, Germany, 2016. In 2018, Chong was commissioned by M+ to produce the performance work Rehearsal of the Futures: Police Training Exercises. Chong lives and works in Berlin and Hong Kong.